He joins the club just a week after the appointment of Steve Watson who has become the first team manager, and oversaw a 3-1 win away at Telford on Boxing Day.

Chester issued a statement on McNulty’s arrival hours prior to their home game against AFC Fylde, as they eye getting closer to the National League North playoff places. 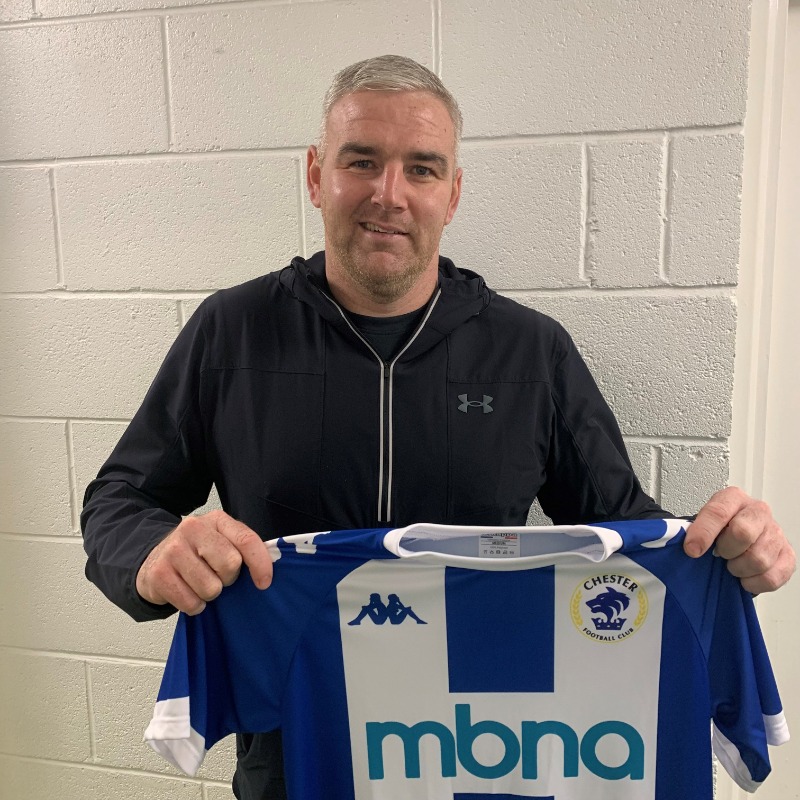 Chester FC are pleased to announce the appointment of Steve McNulty as Assistant Manager to Steve Watson.

The 38-year-old has celebrated promotion six times with four clubs during a successful playing career, including captaining Tranmere Rovers to back-to-back promotions from the National League to League One.

He arrives from Witton Albion, where he had been a player-coach since August 2020, and we extend our thanks to the Wincham Park club for their assistance.

McNulty, who will be registered as a player for the Blues subject to FA and National League approval, played under Steve Watson at York City and has also represented the likes of Barrow, Fleetwood Town and Luton Town.

He will be in the dugout for our game today against AFC Fylde.

Steve McNulty recently played as centre back for Northern Premier League side Witton Albion, but left in 2021 following a brief spell.

McNulty has been described as a “commanding”[32] centre back who is noted for his aerial ability. As a graduate of the Liverpool Academy, which preaches technical development, he primarily passes the ball along the ground, often beginning his team’s attacking movements as a result. His first-touch, calmness on the ball and flair have also been praised.

McNulty’s leadership is also notable; he captained the Liverpool under-19 team, and won promotions while captaining Barrow, Fleetwood Town and Tranmere Rovers. His Luton teammate Alex Lacey has stated that McNulty is “a real leader” with strong communication skills, while John Still credited him for improving the performances of the whole team.

@Rio_Doherty: I have to say I’ve given Steve a fair bit of flack whenever he’s played against us over the years, but I’m over the moon with this appointment. Feels refreshing to feel positive about our club again, and with our management team I’m excited. Welcome to Chester FC Steve 🔵⚪️🔵⚪️!

@stevegburgess: Fantastic news for chester this great guy and I wish him nothing but luck #SWA

@Osama_JimLaden: We better start doing a Pie and a Pint for a Fiver now.

@alex_bullions: Never thought I’d be living in the alternate reality where Steve Watson and Steve McNulty are taking the club forward but I’m here for it, what a move

@simotrfc: Be decent that for these surely. They’re bigger than national league north

@Armball: It would appear we are on the up! He was always superb against us! Great appointment! COYB’S

@JenniferRober14: I hope he does well. Couldn’t love the fella more.

No one better than Steeeve in the changing room. Hope you go up so you can be reunited with this blert. pic.twitter.com/YKaXcPu77o

Referee speaks after being attacked by player since sacked by Epsom & Ewell
PHOTOS: Away Fans in the Stands – 29th December 2021