Chelsea have took to open an external review amid an employee’s suicide and grim bullying accusations which came to light overnight.

The Blues’ new board are investigating after a former employee died by taking his own life and a number of colleagues alleged they were bullied by a senior executive at the club.

Richard Bignell, the former head of Chelsea TV, sadly died in January having been dismissed last September, one day after returning from medical leave.

The coroner’s report said that he “was deeply troubled by anxiety, depression and despair following the loss of his job.”

An extensive report in the New York Times on Wednesday night, quoted several current and past employees, alleges that staff have quit their roles because of a toxic environment presided over by an executive, whose management style “sometimes left colleagues in tears.” 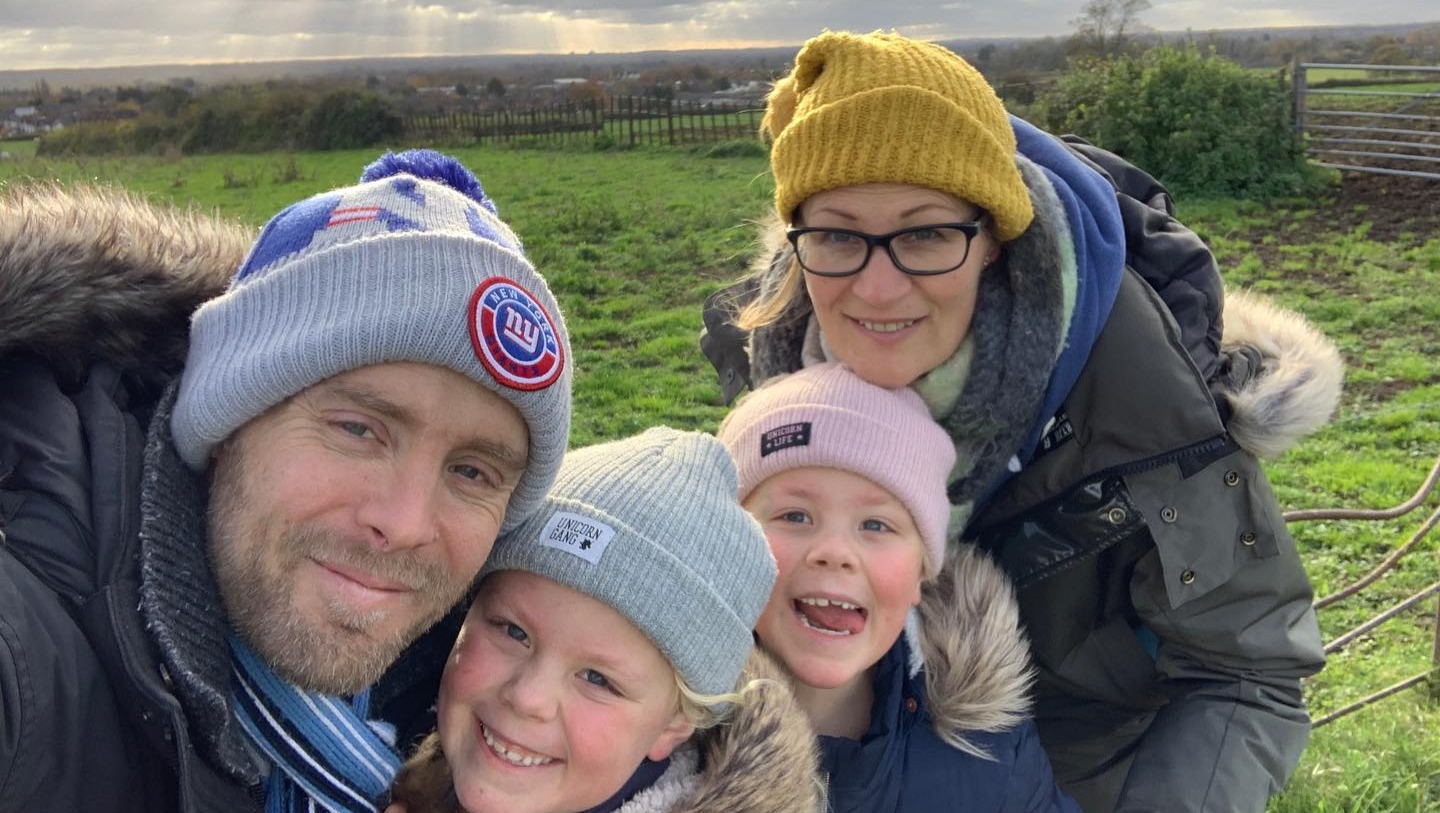 A number of staff members spoke of a toxic culture in which criticism of an employee would take place in front of other colleagues.

Departing chief executive Guy Laurence and chairman Bruce Buck had both received complaints of bullying from staff and a review into the accusations had been opened in March, however the executive in question was among those overseeing it.

In response to the allegations the club’s new owners say that they have “proactively reached out to” Mr Bignell’s family and an independent examination of the allegations is underway. The board, who were officially named last week, stressed that the alleged incidents took place under the previous stewardship and they are taking steps to change its workplace culture.

In May, Chelsea were bought by a consortium fronted by US businessman Todd Boehly, installing himself as the new chairman, after the departure of former owner Roman Abramovich who was sanctioned by the UK government because of his ties with Russian president Vladimir Putin.

“The club’s new board believes strongly in a workplace environment and corporate culture that empowers its employees and ensures they feel safe, included, valued and trusted,” Chelsea’s statement said. “Initial steps have been taken by the new owners to instill an environment consistent with our values.

“Our heart goes out to Richard’s entire family. His passing has been deeply felt by his colleagues at the club and across the football community.

“The club has appointed an external review team to investigate the allegations that have been made under previous ownership. Upon learning about the circumstances, new ownership has proactively reached out to Richard’s family through their counsel.”

Almost 12 employees of the club’s marketing department said they expected to be berated by their boss in front of colleagues while others said they had faced his wrath in more humiliating ways, ordered to stand up and leave staff meetings on a single man’s word.

The pressure took its toll and in 2021, a number of Chelsea employees disappeared for weeks or months, of medical leave with at least 10 staff members from a department that employs about 50 people — leaving the club altogether, one employee said. Then, in early January, a well-liked former staff member took his life.

While it’s unknown whether workplace pressure was to blame, his death left Chelsea employees in shock, considering him a friend.

“It should never have happened,” one employee said at the funeral as sadness turned to anger.

Earlier this year, Chelsea hired a consultancy to conduct what was described as a “cultural review” of the marketing department. Yet few staff members had confidence in the process and in review of their workplace, they were told, would be overseen by the executive who they felt was to blame for the worst of its problems.

The club was under a dark cloud in March, with the future leaving everyone associated with the side concerned. Abramovich, was sanctioned by the British government just as he announced plans to sell the Premier League club and until the process could be completed, those working for Chelsea — from players and coaches to executives and lower-level staff members — worried about how to do their work, whether they would still be paid for it and if their jobs would still exist once a new owner was found.

The New York Times spoke with 12 current and former Chelsea employees with all saying it was a dysfunctional workplace environment at Chelsea with unhappiness, intimidation and fear.

The death by suicide in January of Richard Bignell, the former head of Chelsea TV, that really highlighted concerns about the environment inside the team’s marketing department — a group comprising roughly 50 employees — and the behavior of its leader, Gary Twelvetree.

⚽️ Story about turmoil inside Chelsea’s marketing department, accusations of bullying, staff leaving on mental health concerns and a suicide of a popular and much loved employee.

This was tough to report. Thanks to people who spoke with me.

Bignell’s family didn’t want to speak with The Times when contacted, but a dozen current and former Chelsea employees said many staff members felt belittled, bullied and fearful of merely attending meetings.

Some employees spoke anonymously as they still work at Chelsea, and feared retaliation or damage to their professional reputations by detailing their experiences in public. A coroner’s report compiled after Bignell died in January and reviewed by The Times linked his suicide to “despair following the loss of his job.”

By March, under pressure after Bignell’s death, his colleagues and friends were frustrated. Chelsea brought in an outside firm to look into the culture inside the department and also looked into the accusations of bullying made by several employees against Twelvetree.

However the club made no acknowledgment that the review was related to his death or any specific complaint.

One staff member who quit the Chelsea marketing department said the experience of working for Twelvetree simply became too much to take; fearing for their mental health, and departed a job role at the club despite not having lined up other employment, summing up experience as distressing and even detailed it in writing to Chelsea’s chairman, Bruce Buck.

Others also tried to point this out in communications with other top executives or in exit interviews with the club’s human resources staff, though it seems that was also swept under the carpet with nothing done about it.

A few employees who had confidence in the review of the department once they heard it was to be jointly overseen by Twelvetree, the department head, and the outside consultants Chelsea hired.

“It was not going to address the concerns, was it?” said one asked to participate in the review. “How could it be if he is reviewing his own culture?”

Staff members said that they haven’t receive any end conclusions from the now-completed review, and that there have been no changes to work practices.

“I consider myself to be quite a strong person and previously to working with Chelsea I never felt like I had concerns over my mental health,” said one ex-member of the marketing department. “But quite quickly after joining, I was not sleeping properly and it got worse and worse.”

A colleague who encountered Bignell in the summer of 2021, around the time he left on medical leave, saying: “Last time I saw him he was walking around Stamford Bridge and he was a mess. He looked ill. He had lost so much weight.”

Bignell returned to Chelsea in September, only to be fired the next day and in early January, he took his life.

Chelsea announced his death on their website, saying he was “much-loved” and was “a very popular and hugely respected member of the wider football and sports broadcasting family.” The coroner’s report, meanwhile, later linked his state of mind at the time of his death to his firing by Chelsea. “Richard was deeply troubled by anxiety, depression and despair following the loss of his job,” the report said.

Even after Bignell’s death, and after the club’s cultural review, the Chelsea marketing staff has continued to see a decline in the amount of employees, many continuing to leave.

Those who have left said they have now become used to providing emotional support for the colleagues who have stayed on and after attending one recent party marking the departure of multiple employees, for example, a former Chelsea staff member said she had spoken with so many individuals struggling with life at work that she had felt the event had doubled as a therapy session.

Chelsea’s new ownership group said Wednesday that it has reached out to Bignell’s relatives through the family’s lawyer. “Our heart goes out to Richard’s entire family,” the team’s statement said. “His passing has been deeply felt by his colleagues at the club and across the football community.”

Senior officials of Chelsea have spoke with the family, which had raised concerns about the circumstances of his death, and staff members said that they have continued to press internally for changes however the sale of the club in May has only brought fresh uncertainty.

A donation page was set up on behalf of the Bignell family after Richard’s death, with over £23,000 raised.

“Richard’s deep devotion to his family was evident. He brought love, kindness, joy, fun, comfort & security to them all by being ever-present in the girls’ schooling, organising family day trips & his legendary Friday night Dad discos.

“Anna is currently dedicated to helping the girls heal. She is there when they call for him in the night and is helping them negotiate their 7-year old lives, which have been disrupted in so many ways, not just emotionally but practically as well.

“As friends, we’re looking to help in any way we can. Moving forward is slow & building a ‘new normal’ takes all of Anna’s time & she is currently unable to work. Richard had not been working in the few months before his passing & this fundraiser is vital to ensuring Anna & the girls’ immediate financial security and providing for Maia & Elsie’s ongoing therapy.

“Our dear friend, Richard, will remain forever in our hearts & we are committed to supporting Anna, Elsie & Maia for as long as they need us.

“There will be more events linked to relevant charities in the future, but in the immediacy, any donations will be truly appreciated & are vital in assisting the family’s immediate financial needs.”

⚽️ Story about turmoil inside Chelsea’s marketing department, accusations of bullying, staff leaving on mental health concerns and a suicide of a popular and much loved employee.

This was tough to report. Thanks to people who spoke with me.

The most powerful leaders from the Blues’ old regime are being replaced with chief executive Guy Laurence, who runs the club’s day-to-day operations, and Buck, the outgoing chairman, the most senior leaders whom staff members contacted with their concerns about working conditions.

The New York Times now report both are among those who will leave.

If you are having thoughts of suicide, the following organizations can help. Call Papyrus at +44 800 068 4141 (9 am to midnight), or message Young Minds: text YM to 85258. You can also find a list of additional resources on Mind.org.uk.