A Championship club say they will probe a racist chat and even more shockingly bananas being thrown at academy players on the team bus.

The family of a child who said he faced shocking abuse whilst at Cardiff City academy have accused the Welsh outfit of not taking the allegations seriously enough, as reported by the BBC.

The boy, whose father is Arabian, said the worst incident was having bananas thrown at him and a black friend on a youth team minibus.

The Football Association are now understood to be probing discriminatory behaviour at the Championship club, with Cardiff City saying it had a zero-tolerance policy and was investigating.

The aspiring young footballer alleged they were targeted by a small group of children throwing bananas on a minibus and rubbing it into the victims clothes with four members of staff present at the time.

Cardiff City claims they are fully complying with the FA in their investigation and that the alleged incident involved players who “were 10 or 11 years of age at the time.”

In a statement the club said: “We are concerned that the media are portraying young children in such a poor light, when there is an ongoing investigation which is not as straightforward as reported.

“We would hope you appreciate the sensitivities around these issues, especially taking into account the age of the boys concerned and the impact on the individuals within the group and the player himself.

“The EFL and Premier League have strict rules on training compensation and all clubs are expected to abide by them.

“We have a zero-tolerance policy towards racism, and social tolerance is a key part of our education programmes.”

Welsh Conservative Shadow Minister for Sport, Tom Giffard stated that he was “horrified” to hear about the alleged incident and he welcomed action from the FA.

He said: “It is important that clubs not only train these players to be the best they can on the pitch, but also as human beings.

“It is incumbent on football academies to provide a safe environment for these young players.”

When questioned about the mess, a youngster said he tried to explain what happened and was told by a staff member to clear up the mess made by the bananas on the bus.

The teenager, who has now departed from the club, also claimed he was subject to name-calling, including being called “a smelly Arab”, and was frequently asked whether he had a bomb in his bag.

The child said he could sympathise with the England footballers who were targeted by racist online abuse following their defeat in the Euro 2020 final.

“I went through it, I can feel like how they’ve felt.”

The boy’s family added the alleged experience had affected them all.

“He became angry, withdrawn, arguing with me… every time he went on a trip, I’d have terrible anxiety thinking ‘what’s going to happen next?'” a relative said.

The family said the boy only told them about the alleged racist name-calling during an online interview with FA investigators after they had made a complaint with other parents about what was going on at the academy.

“We broke down in tears,” they said, adding they have also called for immediate action.

“It needs to change when you put your child into an academy you expect them to treat them like the parents… to look out for their safety and wellbeing.” 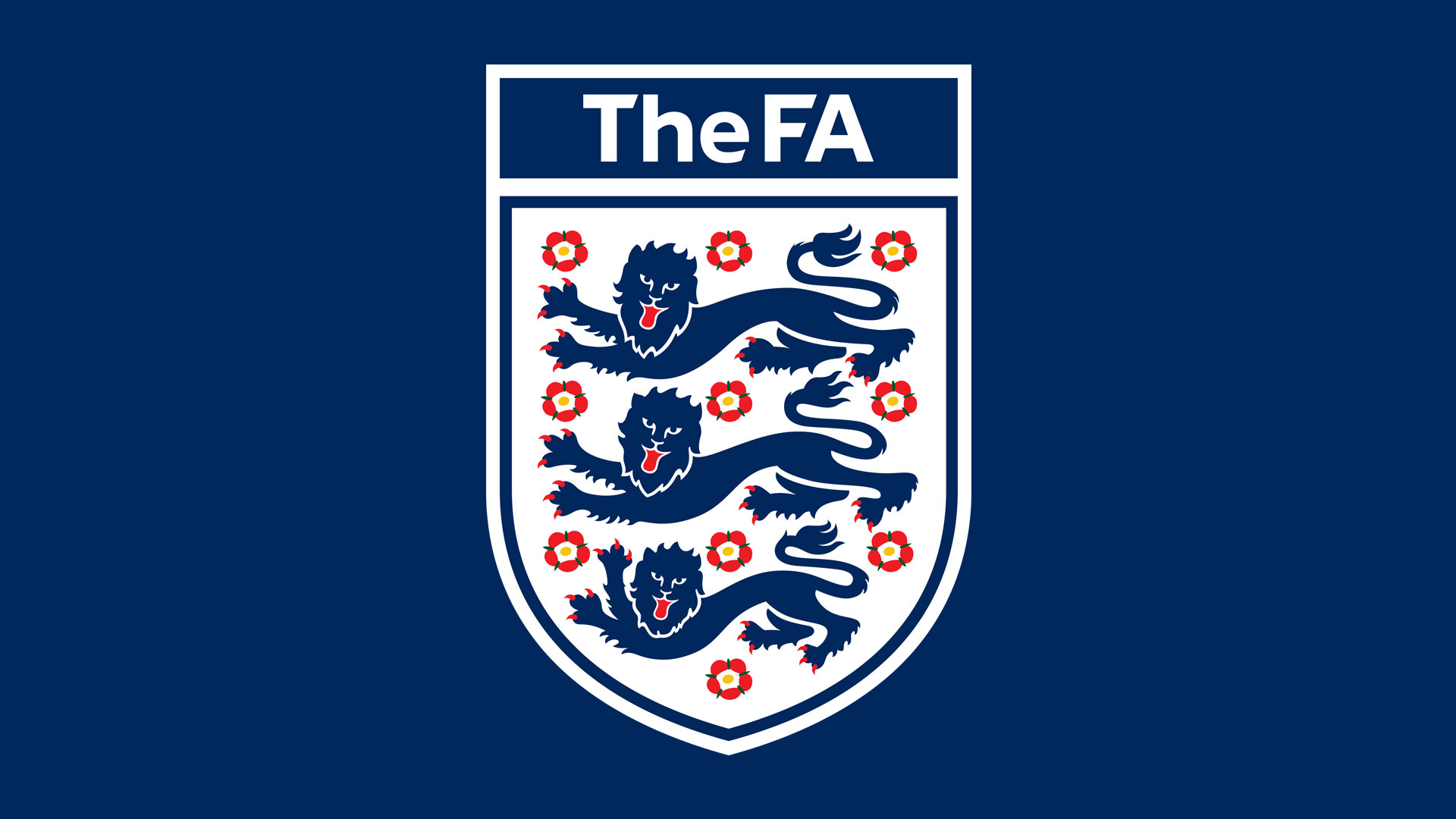 An email, that was sent to the club and the FA in January this year, had outlined concerns of alleged abuse and bullying from a few parents.

In March 2021, the club confirmed two members of academy staff had been suspended following allegations of bullying.

The family has been supported by the independent, not-for-profit organisation PlayersNet that helps players, parents and clubs with a range of welfare issues.

Their director and former head of education at Manchester City, Pete Lowe, said the family of the boy approached him earlier this year.

“I genuinely think it’s one of the worst things I’ve ever heard of in the game,” he added.

“If the authorities in this country are serious about kicking out racism… then they have to take things like this very seriously.”

As mentioned, the Championship club probe racist chat and bananas thrown at players on team bus, see what fans said below…

@dalkeygal: Disgusting. Honestly what the f*ck is wrong with people.

@BlunderbussHB: But apparently there’s no racism in England. Let’s be honest, this is getting worse. Only a fool would argue otherwise. Now, what do we think the trigger is? What could be fuelling and emboldening racists….? 🤔

@andyn63: This is despicable. If proven, all involved should be dismissed.

@KevinPascoe: Truly shocking. 10 and 11 year olds involved in racist abuse and you have to ask questions about their upbringing. Lets hope ⁦@FAWales ⁦@CardiffCityFC take this very seriously

@Charlie18xv: remove each and every person who abused this boy even if they have potential to be the next best thing, don not want them anywhere near the club

@Benc12081: As a Cardiff fan, this is utterly heartbreaking to read. Hopefully it isn’t true, but if it is then all involved need to be charged criminally and kicked out of the game for life. No place in the game nor world for this.

@parmadiggyd: Disgusting. Hope the club are a looking after the player abused.

@JakeBWFC_: Hope the pricks get banned

@ViewFromTheNin: There’s some serious questions for the club to answer around safe guarding of players and how things like this were allowed to happen. Utterly disgraceful. It’s shameful.

@CPFCMax9: I actually refuse to believe this is real. What the actual fuck?

@DLOB17: This is beyond ridiculous

@ABarradine: Thats atrocious, has to be acted on immediately

@ianmackay88: We’ve had a few of these incidents now over the years. Seems it’s more than a one off and indicative of a bad culture at City that needs sorting immediately.

@CallumWBA_: You’d read this and think it was from the 1960s or something

@Clarkey_No1: What on earth is going on?!

@lucjhugroo: This is actually horrific

@BWardinho: How in the fuck can a club let this happen to anyone let alone ONE OF THEIR OWN YOUTH PLAYERS, absolutely disgusting.

@ToonMouthTyne: Unbelievable that this shit is still happening in 2021. You’d think it was 1972 or something.

@scfcluc: our club might be slightly mudded at the minute but at least our academy players aren’t doing this shit.

@ashmatthewsx: Under 14s 🙁 hope they get kicked out that’s grim

@_liamchambers_: The world’s going backwards, I’m sure of it.

@adisreee: That’s awful, you would think that KIDS have learnt about racism

@IanBurnell27: Absolutely shocking this, anyone involved needs be kicked out and hopefully will no future in the game

@skaddaddIe: Anyone involved shouldn’t just be released and never involved in football, this should genuinely be a criminal charge. Ridiculous

@ethanthfcx: His own team mates 🤢🤢🤢

@tizzafootball: Absolutely disgusting. Get them and the staff out the club. This fucking club is vile

@_barnzey: Under-14s as well. Abhorrent that kids are still able to be brought up like this

@kr1mm99_LFC: What the actual fuck

@webbyleeds1998: If they did, get rid of them all and don’t allow them to play football semi or professionally ever again

@jjsum27: Jesus they want stringing up if that’s true. Vile

@TheLeckwithMole: Disgraceful. I hope the investigation weeds out any racists and gets them booted. Vincent Tan will ensure this is dealt with appropriately.

@DarrellCapille: What is going on?! SMH

@svendcarr17: This club never fails to amaze me. Absolutely no place for this whatsoever. Disgraceful.

@Travis_CCFC: That’s fucked. Get rid of every single one of them. The staff aswell fucking grim that is

@ryangj: If anyone is found guilty of this, they need to be booted. And I really do mean booted! Let’s ensure there’s absolutely no chance of a career anywhere near football for them.

@dylanow21: Fucking disgusting, hopefully those who carried out the racial abuse get kicked from the academy and face prosecution, same goes to the staff which failed to take action. Shocking

@benpearce__: Absolutely awful that is. Hope it’s dealt with appropriately.