Cardiff City have revealed that they suspend two of their staff members amid an investigation launched by the Championship club.

Back in October 2019, the Bluebirds released their findings after undertaking a comprehensive review into the academy’s practices and vowed to implement some strong changes.

That investigation came after allegations were made in the Daily Mail that former Cardiff academy coach Craig Bellamy had bullied a former youth-team player.

Bellamy denied those claims and decided to step down from his position as coach before moving to coach in Anderlecht’s youth system.

“I categorically refute them. I fully expect to return to my coaching role and have sought legal advice,” he said. 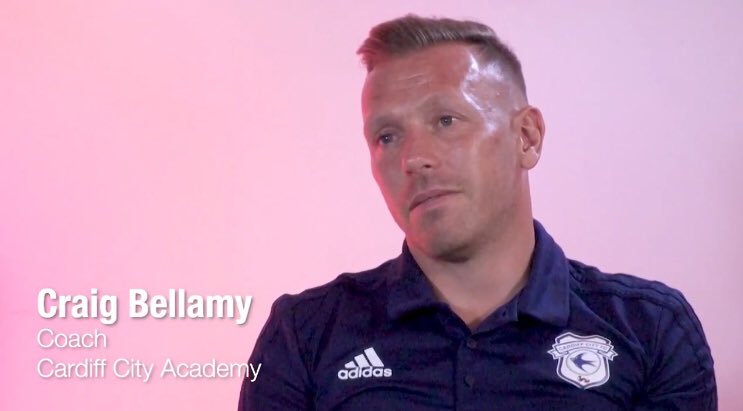 In a statement Bellamy added: “I am aware of allegations that have been made against me via the media.

“I understand the need for Cardiff City to undertake a full investigation in response to these allegations and – at my own suggestion – I have temporarily removed myself from my coaching position in order to cooperate fully with the club’s inquiry.

“Obviously, I am saddened both by the allegations and the manner in which they were made.”

However 17 months later, Cardiff have stated that they are now looking into separate claims which alleged that bullying and poor practice have taken place.

The club say these allegations are “non-recent”, and while the investigation is carried out two members of staff have since been suspended.

Cardiff City FC can confirm that it has launched a comprehensive investigation into non-recent allegations of bullying and poor practice relating to the Club’s Academy.

The Club’s Head of Safeguarding is conducting the investigation, in close liaison with the Football Association and the EFL and in line with the Affiliated Football Bodies process and statutory partner regulations. It is being overseen by the Club’s Board of Directors.

As a result, two members of the Club’s Academy staff have been suspended whilst this internal process continues.

Cardiff City Football Club takes all safeguarding reports extremely seriously and there are significant reporting mechanisms in place for these to be made, either via the Club’s safeguarding channels or those provided by national governing bodies and external support agencies.

No further comment will be made until this process is complete.

Daniel Jones: Same as Bellamy had to leave cos he was ‘bullying’. Becoming a professional footballer is not easy. They probably just can’t handle the criticism

Luke Coakley: Daniel Jones pretty big assumption though? Or maybe there is an issue? The club have a duty to investigate.

Bubba Williams: Our academy is full of snowflakes it seems

BarryWelsh88: It’s amazing what stir can be made by parents of rejected kids. I’m going to guess one is Jarrad (unsure of spelling) as referenced in the Daily Mail during the Bellamy accusations. The second (?) – very interesting as to who.

Winchmore Hill Bluebird: Bullying is always wrong. Nonetheless, football is a mans’ game and as such, players- even teenaged academy kids – need to sometimes toughen up.

Sneggyblubird: Should have stopped after your first sentence. Football is a game played by people of all ages.I’ve know a few promising kids quit because of bullying. There is a major difference between tough love and bullying and I think your getting confused between the two.

rumpo kid: Different ways of dealing with it.. me old man always said if youre getting bullied physically, whack em hard. Doesnt happen again. Appreciate not all kids can do that, but kids with a tougher streak should also stand up.. Verbal bullying… well, thats life and you have to figure it out.

robjohn: Don’t tell me millennial parents of the snowflake generation

Bakedalasker: Bullying has such a decremental effect on an organisation and the organisation need to stamp it out. I had a manager who bullied me. I just let his ramblings go over my head as I did not give a damn what he felt or said. 4 years later he managed to pass my tolerance level. I threatened him with a cricket bat across the head. Sometimes that is called upon. It was 6 months later I finally escaped from the place. A very toxic environment it was. The guy lives in the same village as me. A right Welsh git he is but he is as nice as pie to me when we bump into each other. I’m civil with him as I don’t intend lowering myself but when we depart waves all that is going around in my head is “What a wanker he was”.

@DonLeShoes: Alledgedly did this investigation 2 years ago and implemented, addressed the findings for a new direction as a result to ensure CCFC academy will be a leading example? So what’s not happened to suspend staff now on allegations back then? Our club stinks! Sala inquest too?

@neilb222: Probably a few snowflakes who got release again

@DanCCFC_: We don’t help ourselves tbf 😂

@svendcarr17: Again lollll what is going on

@Austinlipman: More needs to be done to stop this happening… happens far too often

@therhysjohn: Aw grow up ini someone’s been told they’re not good enough then