The 50 year old former Conference-winning manager comes in after midfielder Paul Green had been taking charge of the Pilgrims since Craig Elliot’s departure earlier this month after more than four years at the club.

Cox, who has won two league titles as manager, leaves the Poppies after guiding them to eighth in the National League North table, a point behind the Pilgrims with a game in hand.

Midfielder Paul Green has been taking charge of the Pilgrims since Craig Elliott left earlier this month after more than four years in the Boston dug-out. 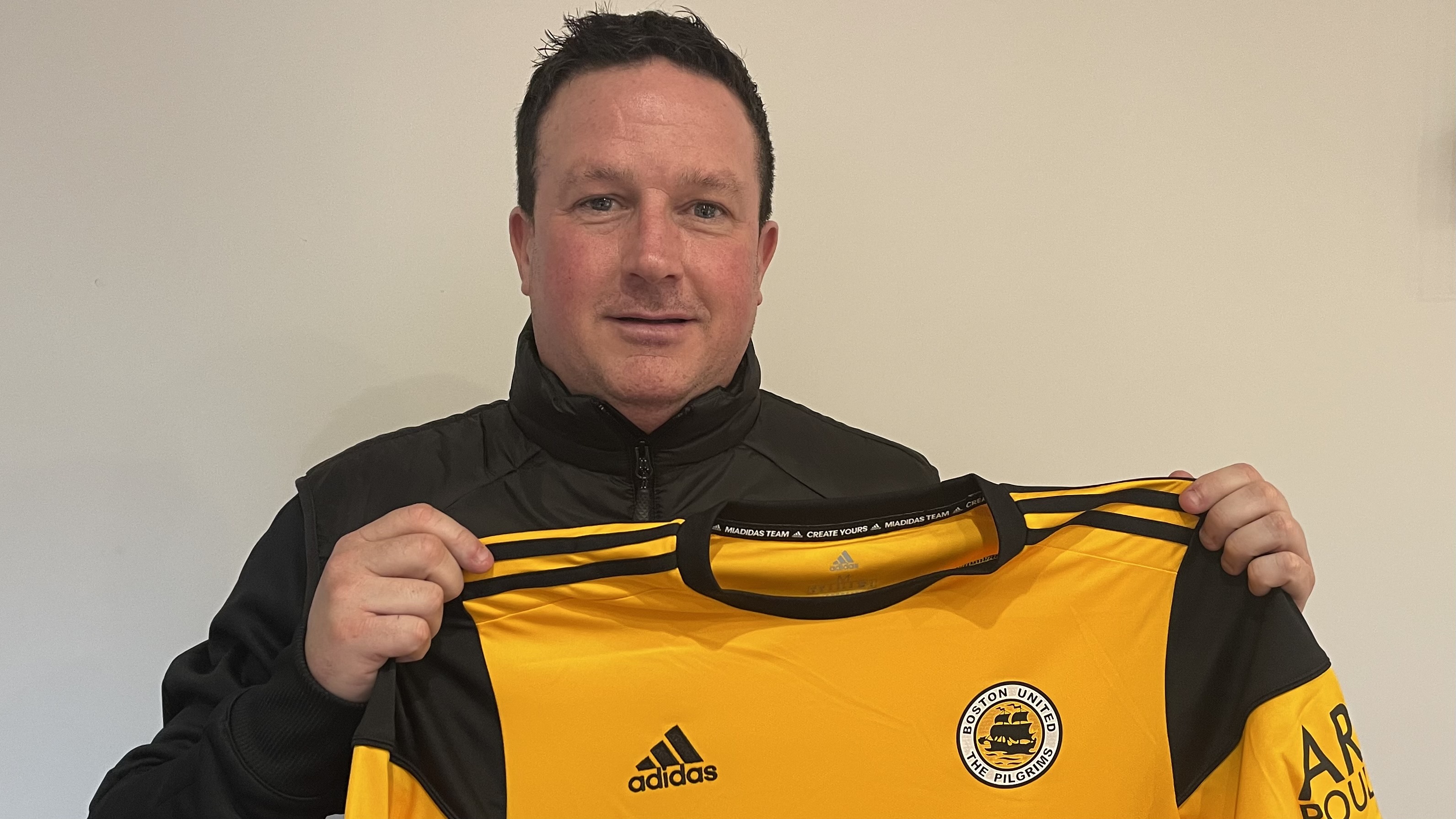 Boston United are delighted to confirm the appointment of Paul Cox as the club’s new first team manager.

The 50-year-old assumes control at the Jakemans Community Stadium with immediate effect – after leaving National League North rivals Kettering Town – to officially succeed Craig Elliott, who departed his role with the Pilgrims on January 4.

Cox will have a watching brief against Spennymoor Town on Saturday – with caretaker manager Paul Green still in charge of on-field affairs – before entering the dugout for the first time on Tuesday evening against Farsley Celtic.

Cox has a wealth of experience on a successful CV – including promotions with Eastwood Town and guiding Mansfield Town back to the Football League in 2012-2013.

He has most recently managed the likes of Barrow, Guiseley and Kettering – and has been brought to Lincolnshire following a thorough recruitment process led by the United directors.

It comes a day after Paul Cox has urged his Kettering Town players to “keep going” as they gear up for a trip to Bradford (Park Avenue) on Saturday.

“We have taken nine points from the last 12 available and I think we deserved more, I felt we deserved something out of the Brackley away game,” he said before departing.

“We are getting a level of consistency but we have to keep going.

“I said after the game on Saturday that it’s making the second half of the season become exciting.

“We have to manage expectations but the boys are in good form, we are getting some bodies back, we hope there will be some incomings and hopefully we can carry this on.

“No-one is getting carried away. We will look at it on a game-by-game basis and see where we are.

“But sitting eighth in the league, a point off the play-offs with a game in hand, is a nice place to be in the middle of January.”

The Poppies are due to face their now former manager when they head to Boston on Saturday, February 26th.

@Noddy_Holder: Shame as I thought Boston played some lovely football when we visited earlier in the season. Prepare for Anti Football

@tuplin_lathen: Get Matt Rhead in on a 2 year deal – go long ball and get a couple of promotions – or someone similar

@YCFC1972: Kicking chunks out of the opposition and Long ball bollox. Red card increase for you lads. His style of play is so out of touch with the modern game. Proper gob shite aswell.

@TinyBadger2: Classic coxy. Feed the cox and he will lump it over your head like a labourers sandwich. Not for me. Porous decision. Needed someone like basset or frome.

@MattyHeald2: The fact that @PaulCox101 has moved to a team that’s 1 place higher proves he’s a man who’s word is false and dishonest. Proper poor way of handling a move showing no respect for @KTFCOfficial or fans. Complete Cunt

@Manaagh: Dodgy Paul selling on any decent players for a cut of the transfer fee. A perfect appointment for Boston.

@horace51: Makes a mockery of the contract he signed after the AFC Telford malarkey.

@jamesnbrock: Just as we were starting to believe a play off shot could be achieved. Really disappointed

@lewis7boyall: As the dust settles. Let’s remember The Poppies gave Paul Cox his route back in to management after some very questionable tenures. Karma will come. His appointment at Boston is destined for failure. He will be sacked by June 2022

Slough Town devastated as they announce death of 19 year old player
PHOTOS: Away Fans in the Stands – 22nd January