A certain bookies outfit have suspended their market on the new Celtic manager with Roy Keane the strong favourite to takeover.

Celtic have opened talks with Roy Keane about becoming their new manager, Football Insider decided to reveal on Thursday morning.

The 49 year old Irishman has not managed a team for 10 years but could now be set for the Parkhead hotseat in a unexpected return to the dugout.

A Celtic source has told Football Insider that discussions are already underway with the ex-Premier League player and the club are ready to offer him the job.

If an agreement can be reached, which looks very likely, it would bring him out punditry and into management once again, and boy has he been controversial of late with his opinions.

Keane is known to have strong association with Celtic after ending his playing career with a six-month spell at the Scottish Premiership outfit he supported as a child.

He has been linked with the a role with Celtic a number of times in the past and has been among the list of candidates since Neil Lennon’s exit. 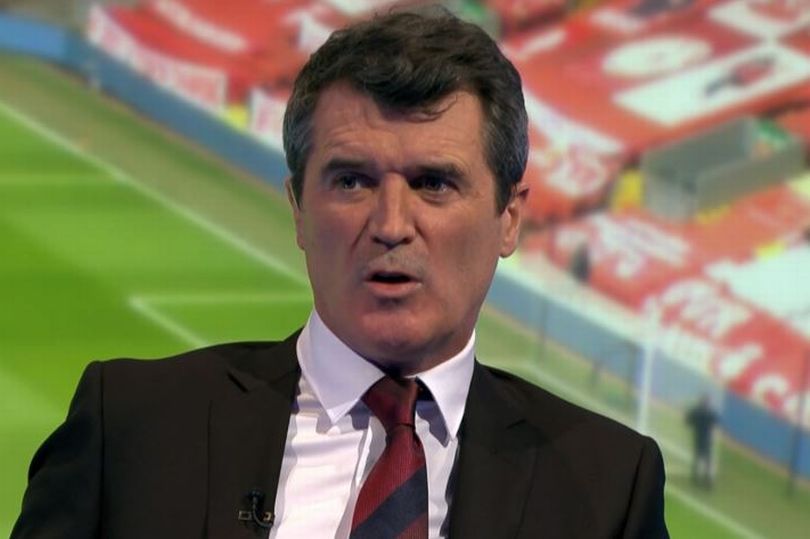 Celtic have decided to set their sights on Keane at a time when they are close to appointing a director of football.

It also opens up the possibility of a renewing of rivalries with Liverpool legend Steven Gerrard, who has made such a big impression at Rangers, winning the title in March.

He also had assistant manager posts with the Republic of Ireland, Aston Villa and, more recently, Nottingham Forest.

Carlos Edwards, who played under the United legend at both Sunderland and Ipswich, reckons his proposed appointment would send ‘shockwaves’ through Scottish football’ if it gets over the line.

“If Roy gets the job, give him time, that’s all he needs to be successful,” he told talkSPORT.

“It would be massive. All you’ve got to do is look at Stevie G at Rangers. He’s been in the job for almost three years and you can see the big change.

“Now, with a new face and a new challenge coming into that Scottish league, it would be even bigger.

“Roy Keane vs Steven Gerrard, who had battles with each other for Manchester United and Liverpool, that would send shockwaves through Scottish football.”

Graeme Souness chose to congratulate the Liverpool legend after the Gers were crowned the new champions of Scotland because Celtic could only draw 0-0 with Dundee United.

However when the question was put to Roy Keane on a celebratory message for Steven Gerrard and Rangers, he simply refused to do the same, yet it’s not uncommon to see clubs congratulate their rivals on promotion or winning the title.

Souness, who was a Rangers fan as a boy, managed them for 261 matches in all competitions, and is a Liverpool legend for his role in the teams of 1980s, congratulated Gerrard after the achievement was confirmed.

“Delighted for Steven Gerrard and all his team” he said on Sky Sports. “Celtic have had a period of dominance, which has been, I’ll say, uncomfortable for us Rangers supporters.”

He added: “They thoroughly deserve it. They’ve been fantastic all season and I just wish I was in Glasgow right now.”

Roy Keane was asked if he had a message of congratulations for Steven Gerrard and Rangers, he jokingly said: “For Rangers? No.

“Listen, obviously it’s been a tough year for Celtic, but they’ll bounce back like all great clubs do.”

Fans reacted with the bookies suspended on the new Celtic manager…

@WATPSeventyTwo: The Celtic Are Coming! 😂😂😂😂

@desmondoconno12: Great appointment has a point to prove 👍👍👍

@walsh_mick: Please tell me Roy Keane being the next Celtic manager is some kind of early April Fool’s joke. I know he hasn’t managed a football team in a long time but has everyone forgotten how bad he was???

@goonercody: He’ll ruin Celtic. Infighting and lack of discipline will soon become the norm. This will make Rangers stronger imo.

@YoutubeCelticFC: Roy Keane hasn’t managed a football team in 10 years. And when he did, he was horrendous at it. Nowhere near the calibre of manager we need. The only reason he is still relevant is down to Sky Sports and not his football management skills. Not a fucking chance.

@mtaylormj_mark: Agree. He’s like a stand up act on Sky.

@mackay_ig: This is beginning to look like the Lennon appointment all over again. Pretend to go through a recruitment process to keep the fans happy but end up giving the job to your seriously underqualified mate. Don’t even think about it @CelticFC

@TurboEarl: Would make for an interesting old firm next season though.

@JohnBrien_: Sorry, what “credentials” did Stevie have? And he came in and shut Celtic down.

@markdaly82: Is it me or is Roy Keane a major step back. Would take John Kennedy before Keane

@jasonwilmont: Looks like Roy Keane to be the new manager at Celtic , hope he is as successful as he has been at every other club he managed 💩💩

OK we’ve made a bollox of EVERYTHING and we can’t hire another manager solely based on him being Irish and shouty. We need to sell season tickets soon too

How about yer man Keane off Sky?

Take it Rafa doesn’t want it then? 😂

😂 I thought Bournemouth getting Woodgate was the funniest managerial appointment of 2021.
Roy Keane to Celtic? 🤣 https://t.co/0M58dW1b08