Big changes are seemingly being planned for the National League and EFL says general manager Mark Ives on The Magpie Circle Podcast.

A number of managers of EFL and non league level are wanting to see more promotion places in the National League with it already one of the toughest divisions to get out of.

There is currently one automatic promotion place, the team that finished top and crown champions, and the second team that goes up has to win the playoffs.

Paul Mace brought up the subject to Mark Ives, who delivered an interesting response to being asked if there would be more autmomatic promotion spots, especially after teams who in recent years have gone up, done very well and held their own in League Two i.e Sutton United if you look at them for 2021/22 – their debut EFL season.

Paul said: “It’s one automatic place and it’s playoffs, the clubs that have been promoted in recent times have done extremely well in the Football League. How important is it, how actively are you canvassing/casing for a third spot to go up?”

Mark replied: “I think it is hugely important for the credibility of the competition, if you look right the way through the system and how many teams get promoted, we’re the only one that has two up into the EFL. And the one thing that I have always lived my approach by within my dealings within football is I’ll be treating people fairly, is it fair, is it right that we only have two up when actually further up and below they have three or four, so is it something that we are striving for, yes. Is it a top priority, yes. It makes the system even fairer.”

Paul: “What has to happen to get to that point?”

Mark: “Without going into too much details, the key players are us and the EFL and I’m delighted to say that the relationship is really good, we work closely together, we consult with each other. When we have people move up into the EFL, I want them to be properly prepared ready to go into the EFL, which is why it is important to align ourselves as close as we do to things that happen with the EFL so it’s a smooth transition for those clubs that leave us and go into the EFL and do it seamlessly, and equally those coming down the other way aren’t finding it too much a revenge of course, it’s going to be upsetting for clubs getting relegated but I like to think the quality of the game is not so far away from the EFL and we keep that align it makes it better. So back to the point of the numbers that need to go up, I think we need to be it align with the rest of the system so it is equal and that’s a big big plus for us.”

Torquay United boss Gary Johnson recently backed a controversial proposal to change the EFL and National League, something of a long running debate.

“I feel that the National League should now be part of the Football League, 100%. In my opinion it is a third division. Everyone wants to play the ex-League teams, including us, even though they don’t like travelling down here,” Johnson told Non-League Daily.

“I think three up, three down is a great idea. If you’re going to be part of a FL system, it has to be as it is elsewhere in terms of promotion. They have to embrace that because there’s some big teams in this league.

“It’s such a difficult league to get out because of the strength of it. It’s not just a handful of the teams who can compete – it’s a majority. If our league wasn’t full time, then I wouldn’t support it.”

Chesterfield manager James Rowe makes the call for a National League shakeup in terms of promotion, something that’s been long debated.

“I think the Vanarama National League now is purely professional other than a few teams that are hybrid anyway, so it’s really a professional league.”

“I think one automatic spot is my biggest grievance with our level – not the amount of games, not the intensity of it where you’re playing Saturday-Tuesday, Saturday-Tuesday,” Rowe went on.

“It’s not enough in the pyramid, for me, we’ve got good quality down in this division now. Players are dropping down from League One, the top goalscorer in League Two, [Paul] Mullin, obviously dropped down in the summer.

“It’s a really good league with really healthy attendances and I think that needs to be rewarded with more spots going into the EFL.” 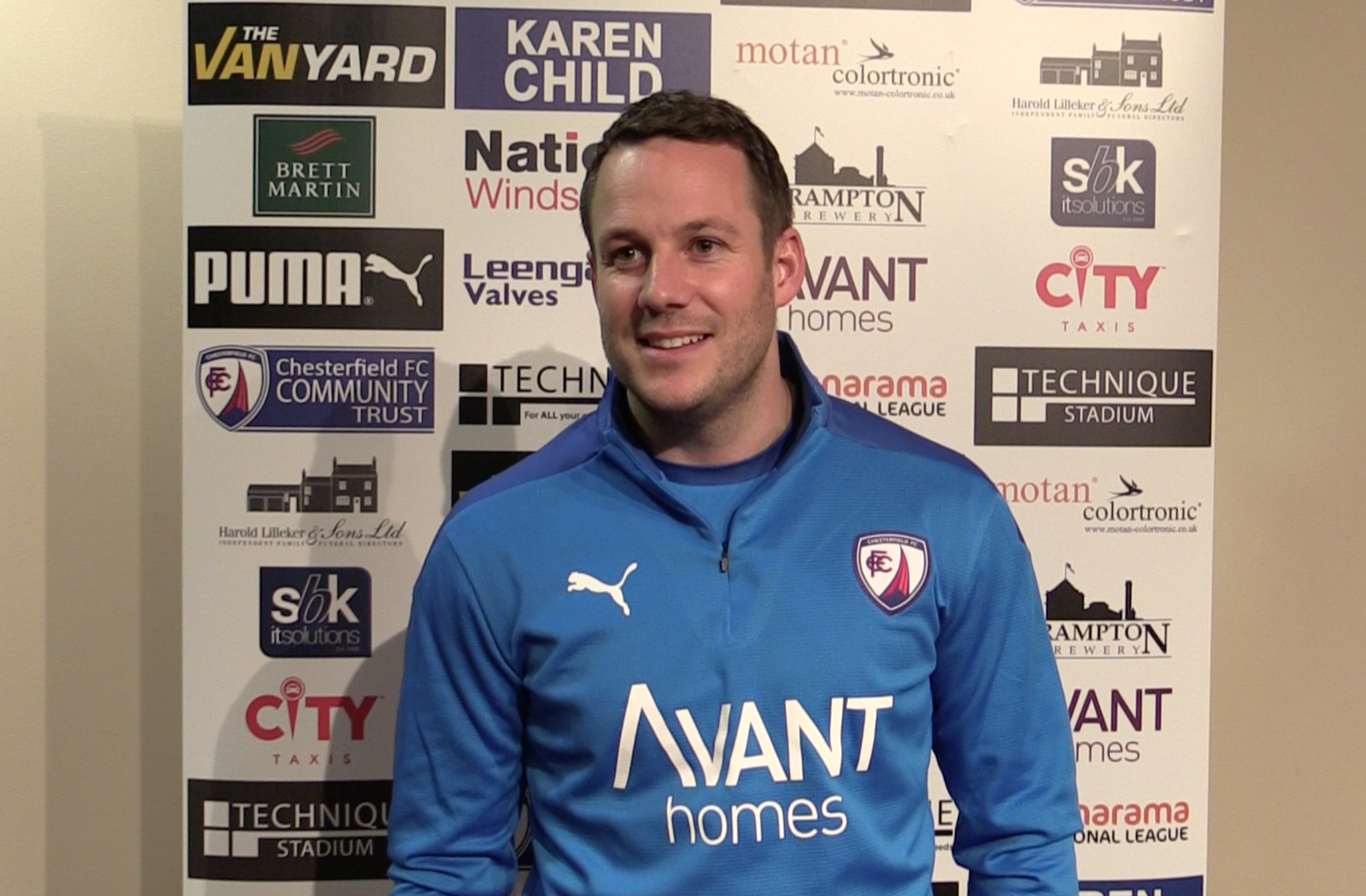 He echoes Bolton Wanderers boss Ian Evatt who also made the suggestion, having led former employers Barrow to automatic promotion in 2020.

“It is crazy the clubs in that division now – it’s daft that there is only one automatic promotion place and another through the play-offs,” Evatt said in November.

“For me, we have to sort that out. There has to be a fairer split.

“It should be at least three to allow these clubs a chance to get back up again because the gulf in finances between the National League and League Two in terms of revenue is ginormous. It is too big.” 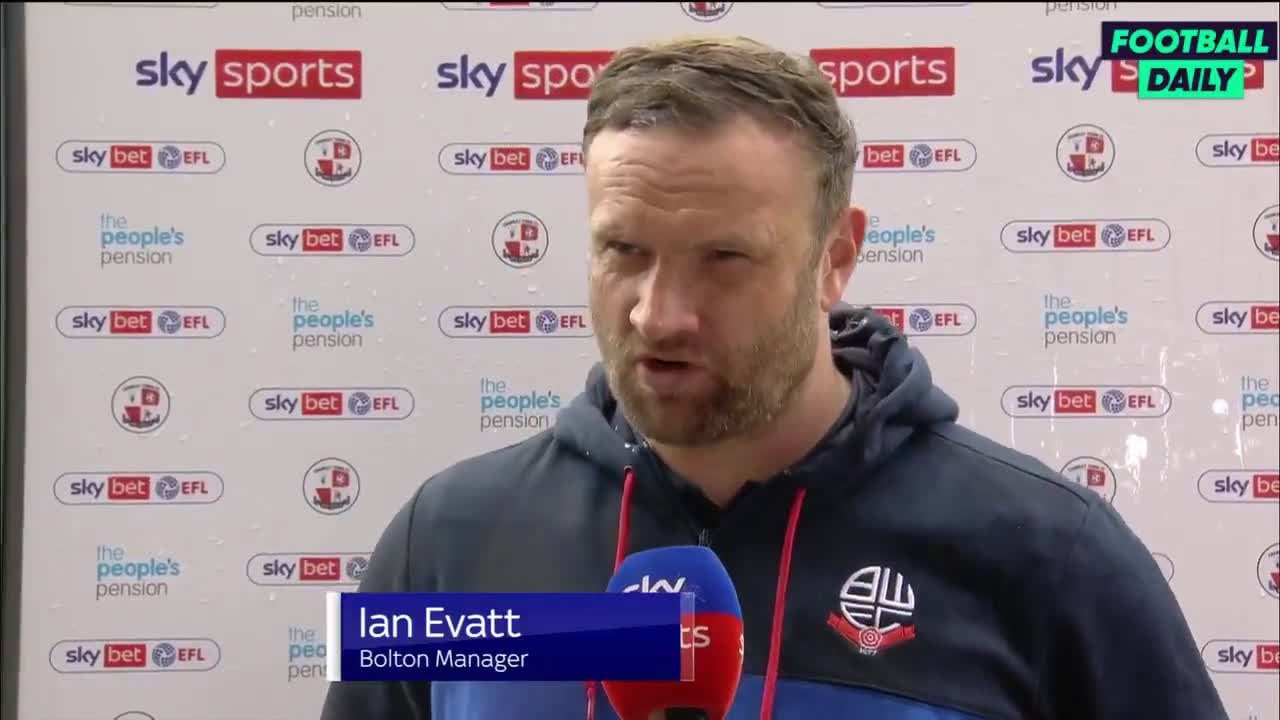 “In League One, there are four up and four down, I don’t really understand why there is an imbalance and why there aren’t three promotions and relegations from each division.

“For me, I think, in the league that we’re in, at least six or seven clubs would very easily compete in League Two. Probably more behind that too.”

Chris Wilder fired a warning to National League sides with the season made tougher due to the amount of spending going on.

He reflected on his time with Oxford United a number of years back and understands just how hard it is.

“Yes, we [Oxford] fell short in the league. Stevenage, credit to them, got a jump on us and saw it out. But when I look back now, that league was so strong. We played Luton, York, Cambridge, Wrexham. Rushden & Diamonds, who were very powerful at the time. There were eight or nine clubs who would comfortably have dealt with the Football League, and only one automatic place.

@Andrew_E_Walker: While other clubs endlessly stare at their own reflection, @paulmace6 deserves credit for pulling this interview off, not just for the benefit of NCFC, but the league. This is what a non-novelty club looks like

@BakeCFC: Wrexham fans look away now. This tweet has no relevance to you. Fourteen years and counting

@StephenRushton2: Another promotion place has been long overdue 🤞🤞

@Moorhouse79: As a Southend fan and complete hypocrite, strongly support this after spending last season thinking it should be abolished forever. (And yes I know that NLS more relevant to us than EFL at moment, but have to hope….)

@sufcberry: Honestly even though it’ll be of benefit to Southend just don’t do it. The EFL needs to be difficult to get in to, otherwise it’ll weaken league 2

@brettd94: We all know it would make the football pyramid so much better. Can’t see it happening though

@J_Stonesss: been saying it for ages, the NL top 7 is better than the L2 bottom 7. ideally there’d be 4 places but it should be 3 at the very least

@JohnJrManning: Shite idea, fine how it is now

@MoreyOlly: Problem is so many teams are chucking money around in the national league when only 2 can go up makes it very difficult for genuinely well run clubs to go up when Wrexham Chesterfield Stockport etc offer players 3k a week

@xDANxWOODHEADx: It’s essentially league 3 with the teams we have down here. Should be 3 up 3 down….

@Jimbogg: I’m all for it. Some good teams down there.

@andysharratt: Anyone watching the Derby County situation will know how little the EFL care about clubs and how inept they are.