Barnet players plan to boycott their next National League game as chairman Tony Kleanthous speaks further on the alleged incidents.

Bees players are expected to hold talks with the chairman on Thursday as they consider protest instead of playing Saturday’s trip to Aldershot over his handling of the race row that has come to light at the club.

Kleanthous is set to meet the squad face-to-face at the training ground under intense pressure to provide the answers to prevent his club descending into further chaos.

Barnet’s players are reportedly said to have been left furious after a member of their non-playing staff was accused of calling opposing Stockport defender Ryan Johnson ‘a monkey’ during last weekend’s 5-0 National League defeat.

They requested that the employee should be kept away from the squad when they returned to the club on Monday.

However when that was ignored and captain Jamie Turley told him the squad wasn’t feeling comfortable that he was present the staff member made a complaint and Barnet’s skipper was suspended.

The member of staff was suspended following the incident with Turley, rather than the race claims, with Barnet insisting police had confirmed there was no case to answer.

Barnet’s players, who have had talks with the PFA and Kick It Out, want Turley reinstated.

There is also anger aimed at Kleanthous’s lack of communication since the incident and how he has dealt with the matter, including the time length into the racism allegation.

They want a thorough investigation and even to go as far as take action against the member of staff after Kleanthous claimed the matter was probed ‘in full on the day of the alleged incident.’

The outcome of the meeting and whether Klenathous’s responses are deemed satisfactory will determine whether Barnet play on Saturday.

They already wanted to boycott Tuesday’s trip to Southend, but only changed their mind at 11:30pm the night prior after being informed that some players could be sacked if they did not play. 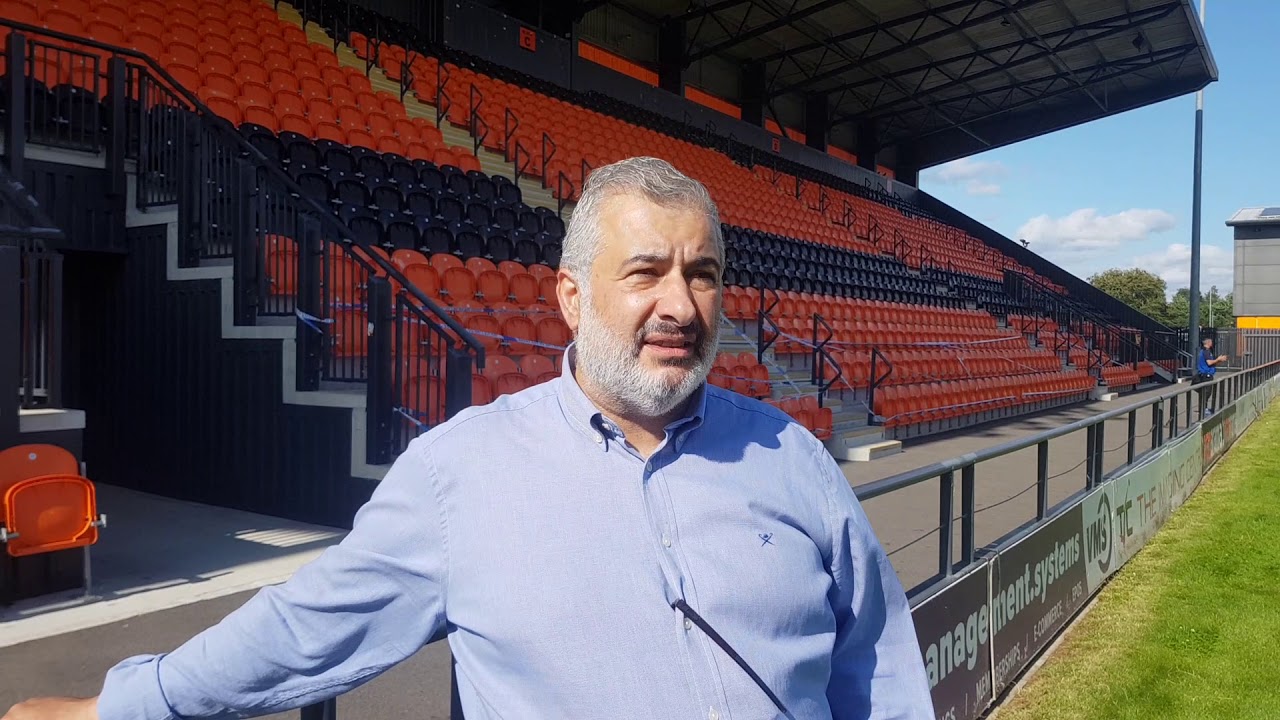 Following our previous release, the Club can now issue this further statement regarding the two alleged incidents that have taken place over the last few days.

Firstly, on Saturday, 29th January an allegation was made by a Stockport County player of a racist comment having been directed at him by a member of our staff during the first half of the match. The game was immediately stopped by the Referee and after speaking to the Stockport player, Linesman and Club Safety Officer, the game was reconvened and an announcement against racial abuse was played over the PA system.

The Club Safety Officer, who by statutory law has full and ultimate authority for match day operations, immediately opened an investigation with the police into the incident and the following conclusions were reached and reported to the Club:

Whilst the Club does not question the Stockport player’s belief that a racial comment was heard, it must look at the full facts and evidence as to whether the comment was actually made.  In response to the events, the Club had already opened a further investigation into the incident and is in dialogue with the PFA and Kick It Out. The Club’s observations are also being provided to The FA as part of its regulatory reporting and The FA will ultimately make judgement on this matter.

Contrary to media reports, the Club is not aware of any player being threatened with termination at any point in time. Furthermore, a meeting with the playing squad has been arranged for this week to include the Club Safety Officer, PFA and (hopefully) Kick It Out in order to explain in full the procedures we have adopted and afford them the opportunity to ask any questions they may have on the matter.

The second incident under investigation is in regard to the alleged verbal assault of the same member of staff by a Barnet FC player on the morning of Monday, 31st January. Having been relieved of his Club duties before Christmas due to a severe heart condition, the staff member, who is still a part of the site team, went to the equipment room to collect some items for a film shoot being held that day. This is when the alleged incident took place, and a very serious complaint was made against the player which must also be thoroughly investigated.

The Club had no choice other than to suspend (on full pay) both parties in order to allow for these allegations to be thoroughly and efficiently investigated without any undue influence. Both allegations remain under investigation.

Chairman Tony Kleanthous said: “There is no room for racism in modern day society. Barnet FC is one of the most multi-cultural football clubs on the planet and our values extend to opposing all forms of discrimination. Where there is any allegation, we will ensure that all protocols are followed in line with our Club procedures to ensure the most comprehensive outcome. It is important to stress that every individual is entitled to a fair and proper process and hearing, and the Club is committed to following best practice in relation to all complaints and grievances that are made. We would also like to emphasise that suspension is not an indication of guilt.

“As Chairman, I am deeply saddened that any of this has happened and can assure you that the Club will continue to take swift and appropriate action in co-operation with the relevant bodies.”

@Ross49241742: About bloody time. Hopefully it can be resolved sensibly and promptly, and all involved can learn from this, especially in terms of proper communication, which has been sorely lacking on all fronts.

@HonestBee93: This is why those making utterly cringeworthy comments that assume the person’s guilt should save their judgement until the full facts are established. We live in a dangerous, knee-jerk, emotional-based culture where an unfounded accusation can spell the end a career.

@jordencassidy: So unless I’m reading this wrong is this basically saying Johnson made it up? I get he could have misheard what was said but he was so sure about it that he made an instant complaint. He probably didn’t make a complaint to the police because he knew he wouldn’t be believed

@ST_1982: He absolutely shouldn’t have to but it’s got to the point where Ryan Johnson needs to go public with exactly what was said to him. Surely the @PFA and @kickitout have been in touch to offer support?

@Jimbokav1971: If you want to be transparent, tell us what Bartlett says he shouted at the Referees Assistant! #BarnetFC

@ncarowland: Doesn’t change that it’s unacceptable and that we all feel letdown by the club especially TK. This doesn’t let you off the hook in any way, shape or form. TK OUT

@DeludedGooner04: Barnet. The gift which keeps on giving.

@scfcdan19__: what did he say to the linesman then

@BfcBurge: Clear, constructive and informative statement! Thank you @BarnetFC. I fail to understand is the timeline of these events all happened before Tuesday. Why did we get a half assed statement 30 mins before KO yesterday…. If this was issued 1st then we’d not be in as much of a mess

@ercansurge: Would love to know what he said to the linesman 🤔

@p_franklin5: What a shambles of a football club.

@pieorama2: I said yesterday & I’ll say today, this is being poorly handled.