‘Bang out of order’ and ‘disgusting’ were just some of the things said by Rangers fans as they rage at ‘dreadful’ off-field news.

The Scottish Premiership outfit’s fanbase have been left livid after a Rangers supporting policeman was demoted due to a joke he made about the club’s title celebrations.

Inspector Derek McWhinnie, 47, has been restricted to a desk job during a probe and faces further disciplinary action. 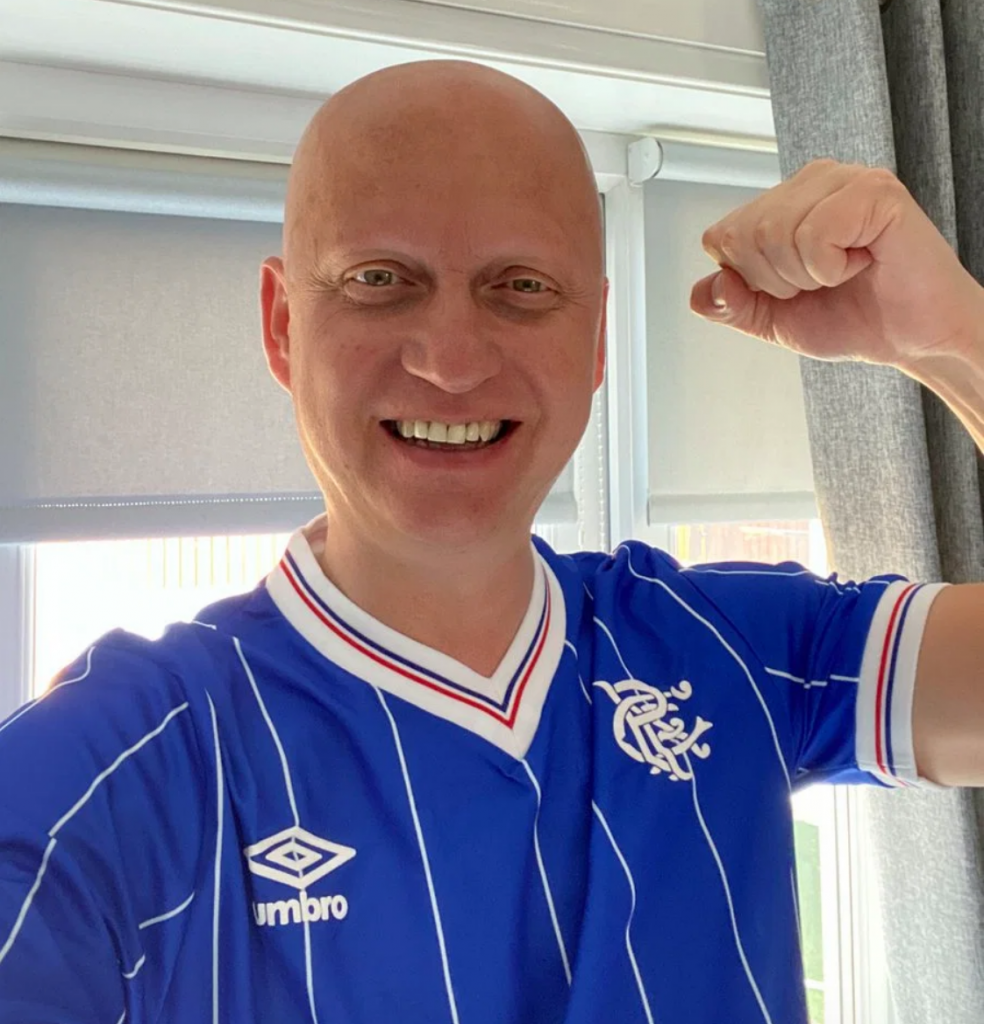 The highest-ranking officials switched him from his commander post at Glasgow Airport to a role in Edinburgh.

It comes after an aerial view of the square posted on his Twitter days before the trophy mayhem showed a map of the area with a section for “square-gos”.

The photo uploaded by Delbert73 said: “Plans for George Square for anyone that’s missed them.”

It also mapped out a “designated area of staunchness” and “toilet” ahead of the event which took place on the 15th of May.

Police said: “The matter is being considered by the Professional Standards Department”.

Rangers won their first major trophy in 10 years as they lifted the league title, and they even went the league season unbeaten. 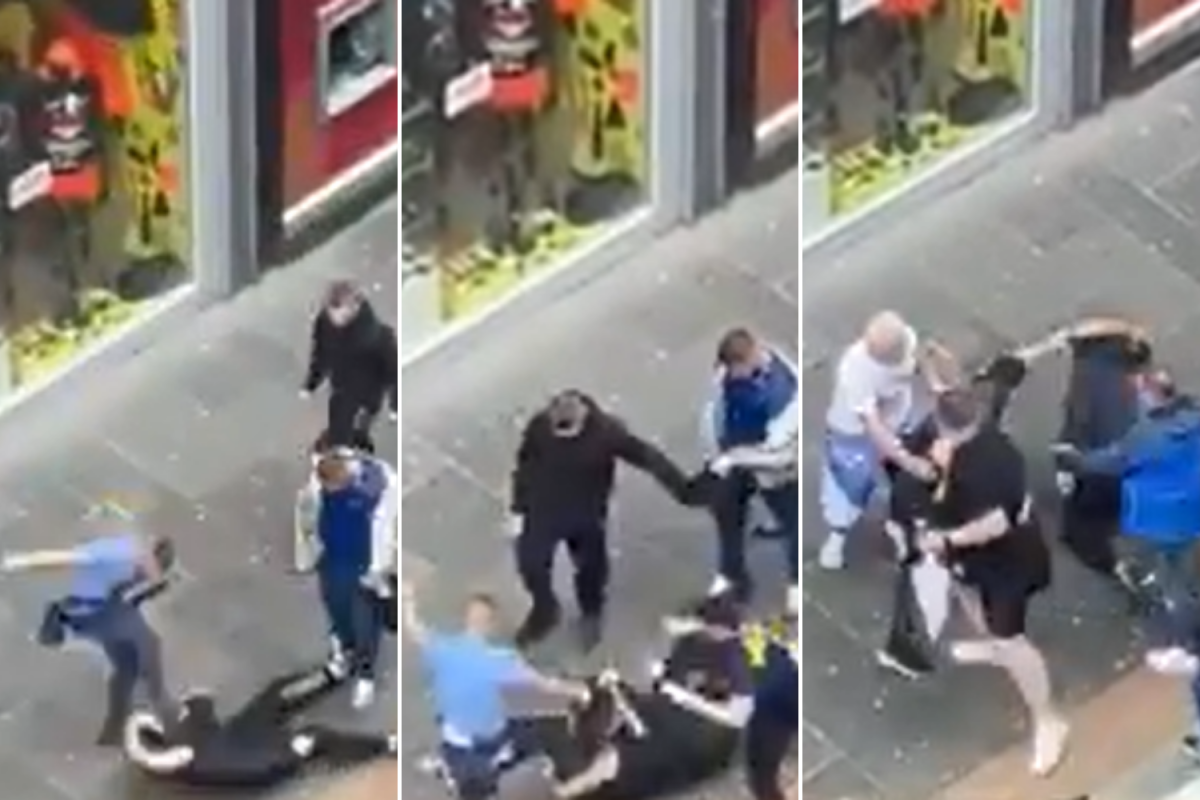 As they received the trophy at Ibrox after beating Aberdeen on the final day of the season, thousands of Gers supporters took to the streets to celebrate.

There were some ugly scenes in George Square – more than 20 fans were arrested on the day – but the celebrations were generally peaceful.

However, the police are continuing to investigate the scenes, and have now demoted a Rangers-supporting policeman after he made a joke on Twitter.

The news was uploaded on the social media platform, and it attracted a huge amount of anger from the Rangers supporters whilst others had something else to say…

What Del did was no worse than this, from an MSP 👇
Plus, Del was joking, the MSP wasn’t. pic.twitter.com/OJngQZO6wa

@Sneddon0472: Can’t make jokes nowadays. Absolutely shocking that this has even went this far.

@steviesouness: It was obviously a joke post. So having a sense of humour is now illegal in Scotland? This is actually disgusting. The reporting of it equally nefarious.

@B4ZZ_B0W5K1: Fvckin disgraceful. Not like he said , I don’t know, something like hating the whole of the UK or anything.

@redbetweenwhite: Will politicians who urged people to break the law and obstruct the police in carrying out their lawful duty also be sanctioned?… of course not.

@Rosspott: Yet the cop attending the event and snapped on a statue got a 40 quid fine and straight back out on duties. Consistent eh

@ParaBrian1: But the first minister and then justice secretary encouraged people to congregate and protest at a lawful arrest 🤦🏼‍♂️ 🤦🏼‍♂️ where’s the fairness ??

@izlaRFC55VVV: This is so wrong, he’s a decent, honest guy who was only making a joke 🤬

@AwkwardCharming: This is a farce, it was clearly a joke.

@IainWATP: I may aswell deleted 99% of my tweets then incase I lose my job for having a sense of humour.

@Wanno5: Wouldn’t happen in any other country. Natzi Scotland for you.

@gerzlad72: Patrick harvie and the green party broke covid19 rules scurgeon hasn’t said a word, police Scotland haven’t made any arrests as they broke the law in an Edinburgh pub for a liquid lunch no social distancing either yet a cop jokes that Rangers fans go 2 George square n gets axed

@Simply315: Absolutely sickening what’s happened to him over a joke. This country is truly fvcked

Rangers fans continued to rage at the ‘dreadful’ off-field news…

@of_cocker: Confirms what we all suspected. @policescotland is no longer an impartial independent entity. It is utterly compromised politically, and acts as Sturgeon’s armed guard.

@DonaldMoffat5: The Police continue with their double standards, and they’re losing the confidence of the public with nonsense like this.

@TroyTrickle: @policescotland and @CC_Livingstone should really start to look at themselves with regards to their absolute failure on that day. In cahoots with @HumzaYousaf and the @scotgov to stop celebrating but supportive next day and at Kenmure St. I’m sure the @ScotPolAuth would agree

@mox1872: What a country we live in. Embarrassing.

@bboysshadrach: It was a fvcking joke and any sane person would recognise that. I actually hate this fvcking little backward country we live in!

@BurnzyH: It was a joke FFS!