Aston Villa reveal stadium expansion plans and proposed designs with the hope to increase the capacity of Villa Park to over 50,000.

The Premier League club plan to develop the area around the stadium in Birmingham, which was opened in 1897 and currently holds 42,682.

A pre-application planning consultation on the changes has started which include building a new North Stand and improving the Trinity Road Stand.

Villa hope work on the improvements will begin in 2023, with a four-week pre-planning phase designed to enable local residents and businesses to complete a survey and have their say on the plans.

Aston Villa Football Club has launched a pre-application planning consultation on the first phase of its long-term vision for Villa Park and the surrounding area.

The plans will pave the way to create a world-class sporting venue, enabling the club to compete at the very highest level. The ambitious plans also set out the club’s commitment to the local community, creating a destination that can be enjoyed all-year round.

The first phase of the plans includes a brand-new North Stand connecting into Trinity Stand, and enhancements to the existing Trinity Stand which will see capacity for the stadium increase to over 50,000. The development will also see significant improvements to fan experience through an upgraded food and beverage offering, enhanced hospitality packages, improved connectivity and more.

The plans will also see the introduction of Villa Live, a brand-new commercial destination venue and community space. Villa Live will be a multi-purpose central ‘hub’ space, including the club shop, food and drink outlets and areas dedicated to showing the club’s rich heritage and history. Aston Villa is asking the local community to help shape the story for Villa Live, from a calming space for new parents, an active area for dance classes to an event space for training and education, the aim is to create a thriving and active community unique to Villa Park.

The space around the new North Stand and along Witton Lane will also be transformed, creating a dynamic public space which can be enjoyed by all. The improvements will include better connections through Villa Park (connecting Aston Park and the Trinity Road entrance), enhanced street lighting and wayfinding, and the introduction of places to sit and socialise through new landscaping. The first phase of improvements to Villa Park are estimated to take place from 2023 through to 2025.

Running from 28th June 2022 for a four-week period, the pre-planning application consultation comprises of a survey and a series of community drop-in sessions to capture the views of local residents and businesses. The consultation is a core part of the planning process, and the results will be used to inform design development and the planning application, which the club will submit later this summer.

The redevelopment of Villa Park forms part of a wider vision to transform the local area, with the ambition to deliver significant social, economic and environmental benefits for the community.

Have your say – Villa Park survey

Christian Purslow, CEO of Aston Villa, said: “We are excited to share our vision for Villa Park to become a world-class sporting venue and thriving community destination. It is important that we gain the feedback of our local community, fans, and organisations, as we want them to play a key role in shaping the next chapter in Villa Park’s illustrious history.

“The redevelopment of the stadium is vital to the club to satisfy growing demand. By elevating the hospitality offering at Villa Park, we want to enhance the matchday experience and create a year-round entertainment venue to benefit both the community and our fans.

“The plans reveal our phased approach to redevelopment, considering each stand individually and identifying the necessary upgrades to minimise disruption to the community.

“We believe that our proposals for Villa Park will have a transformational effect on the local community and wider area, and we are working closely with Birmingham City Council, the West Midlands Combined Authority and other key stakeholders to ensure our design proposals align with Birmingham’s ‘Big City Plan’ for 2040. We want to put Aston Villa and Birmingham on the world stage and hope the redevelopment will support our ambition to host future UEFA matches – especially if the country is successful with a bid for the Euros in 2028.”

The club is engaged in discussions with all the relevant authorities regarding making strategic improvements to the transport infrastructure around the stadium which would be necessary to facilitate a redeveloped Villa Park. 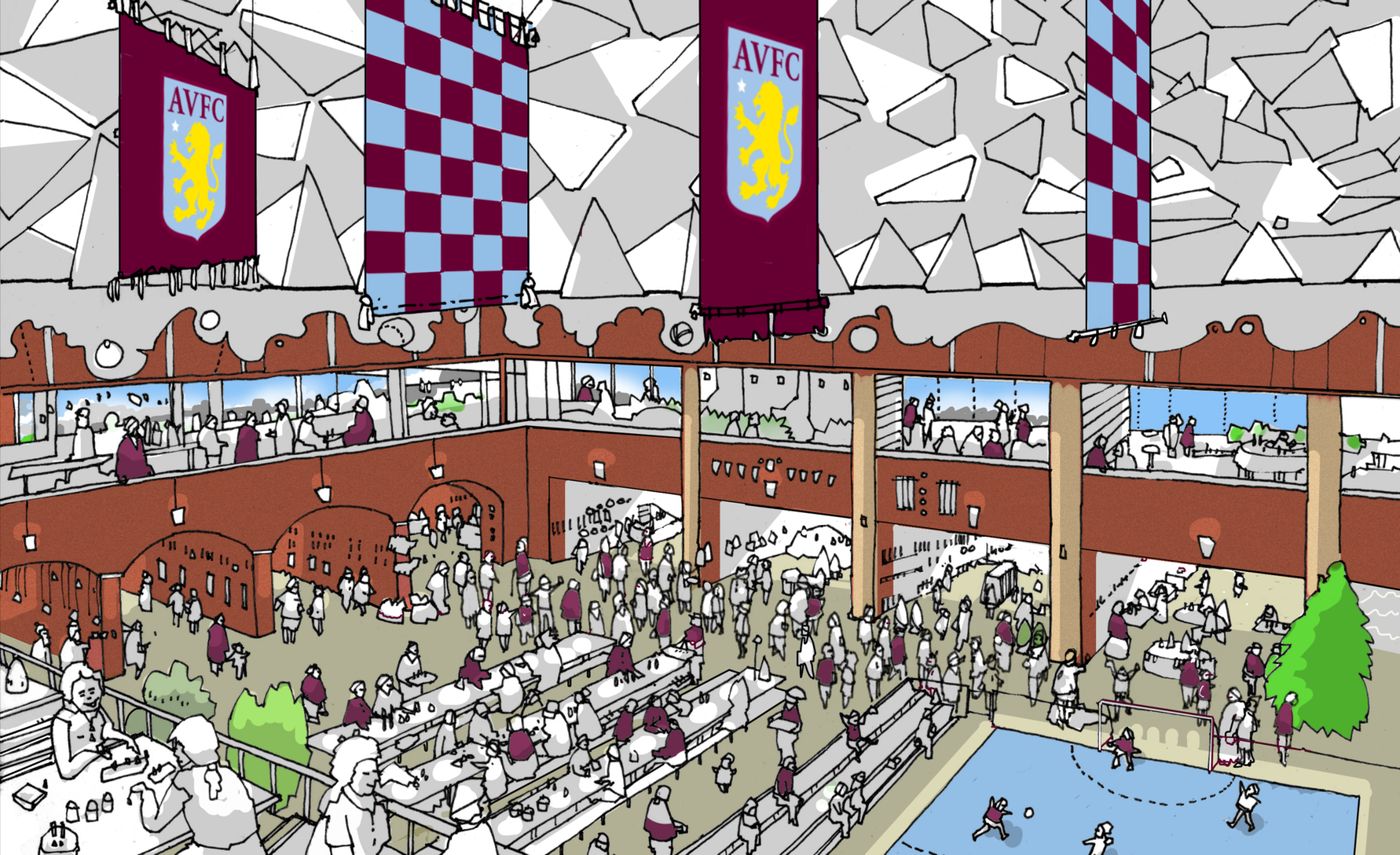 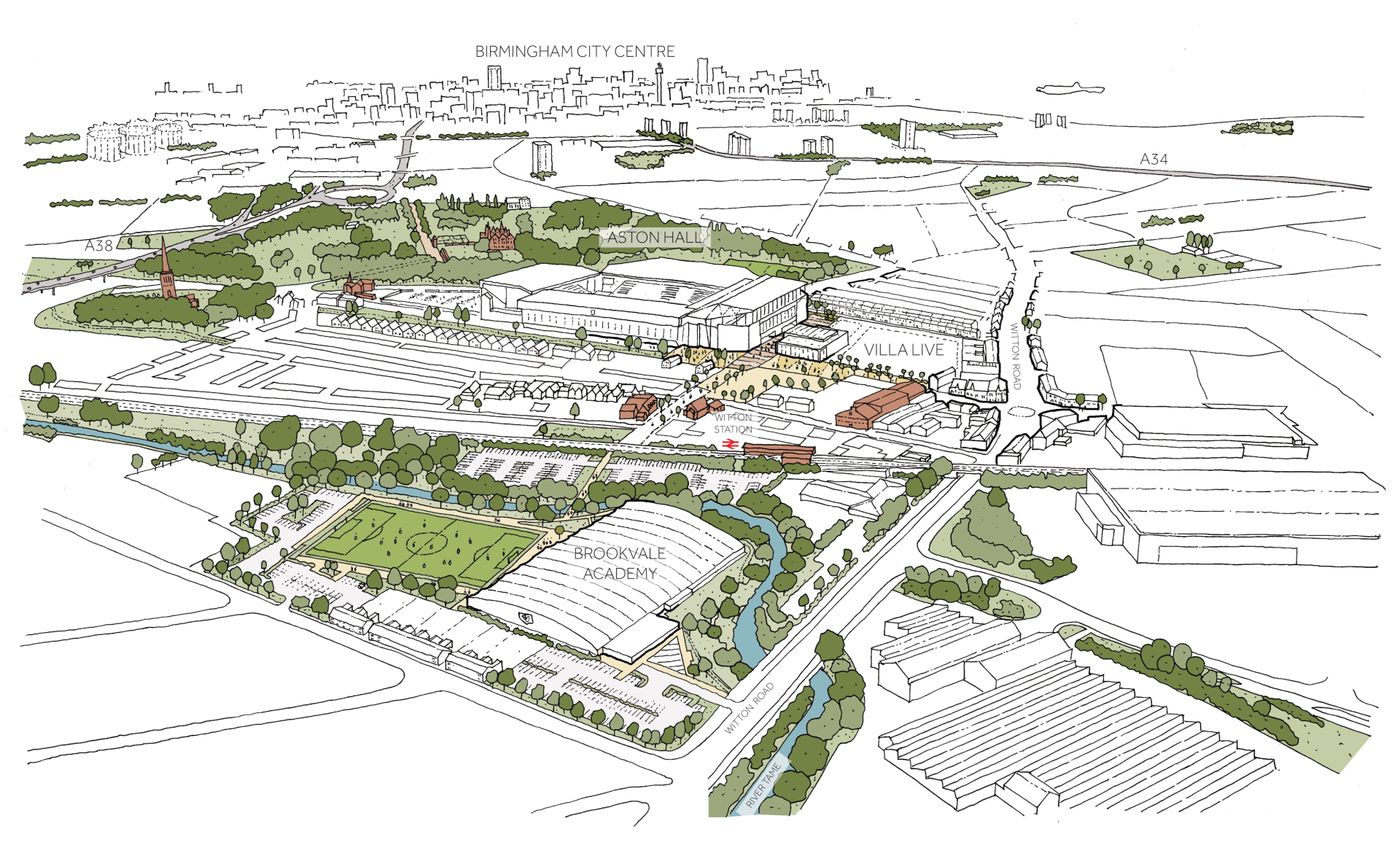 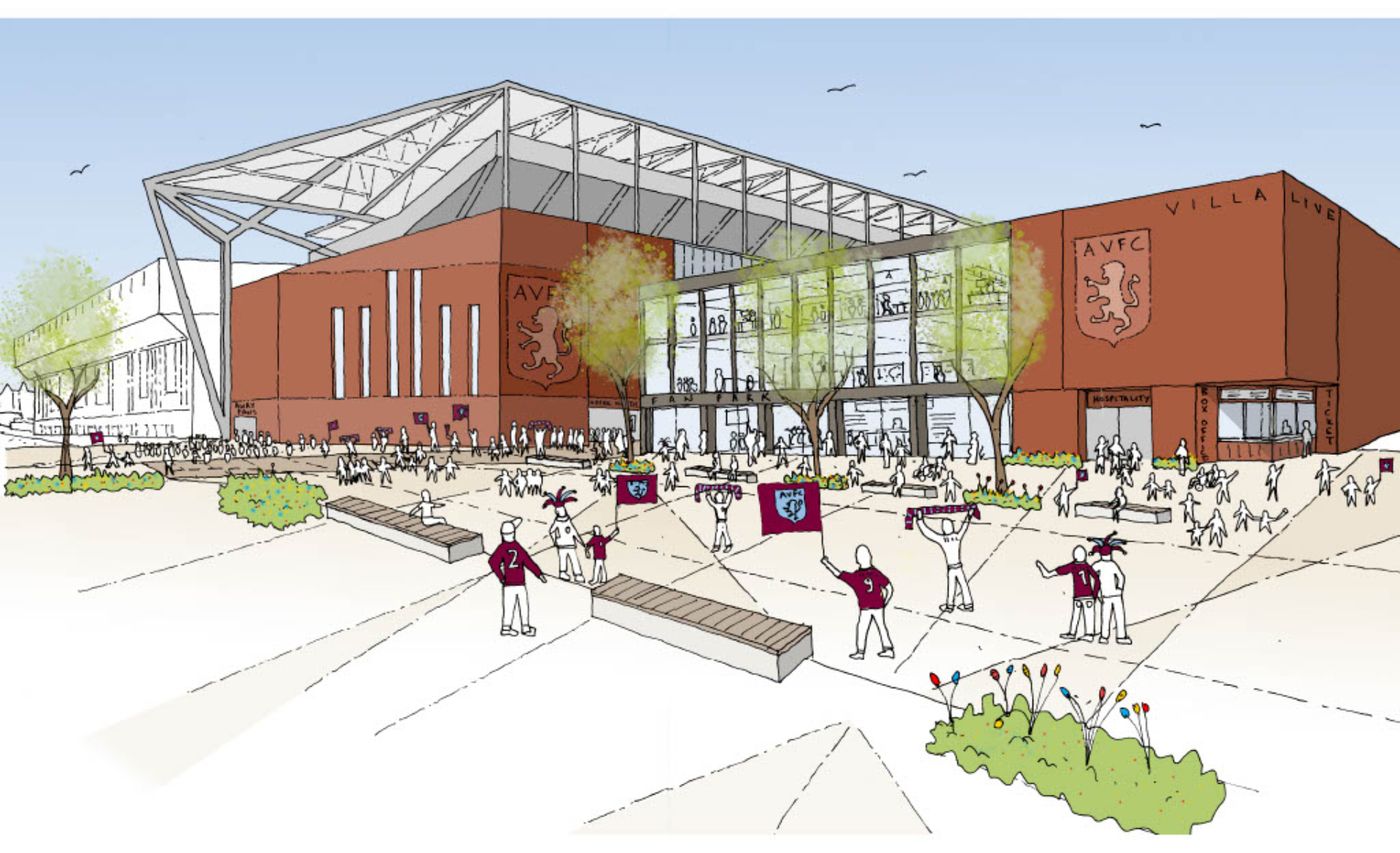 Mr Purslow sat down with VillaTV to discuss the expansion of Villa Park and encourage fans, as well as the wider Birmingham community, to take part in the public consultation period.

“We’ve made great strides on designs for the redevelopment of Villa Park,” he said.

“As I explained in my last interview, the redevelopment of the stadium itself falls into three parts.

“An entirely new North Stand replacing the current one, which dates from the 1970s, some significant upgrades to the Trinity Road Stand, particularly in hospitality, and then a new multi-use building in the current North Stand car park.

“This will enable us to offer much enhancement to a range of our current offerings, whether that’s retail or café, bar and restaurant but, most importantly, a destination for our fans, not just on matchday.”

Villa’s CEO added: “The principle purpose of me communicating with our fans today, and indeed to the wider community in B6, in Birmingham, is to announce the launch of formal public consultation.

“That is the process whereby in a planning application, affected parties, be they people in the local community or people who use our facilities frequently, get to have their say.

“So, I encourage everybody to register with our website and participate in the process of giving your feedback, giving your input, so that by the time we actually submit our planning application later this summer, all of those parties have had a chance to input.

“We value that very highly.”

@TomC2312_AVFC: What I love is that they aren’t just rebuilding the stand, but regenerating the whole of that area. Sounds really exciting 🙌

@Philiptr: The main thing is that we are staying where we are and it’s still going to be Villa Park.

@JS210993: Be all built before St Andrews fix their stands

@LottieJoyce_: Villa Park doing a BOXPARK what a vibe

@CamillaPayne7: Very clever. Linking with the trinity road means the Doug Ellis could be redeveloped at a later date so still leaves more room for expansion. Exciting times ahead #avfc

@LordMillman29: This is seriously impressive, the ambition is clear #avfc

@AussieVillans: 60,000 capacity would be amazing! #UTV

@thxwkk_: The fact we’ve gone from worrying about our clubs future a few years back to this is incredible, So exciting 😍 #AVFC

@JUSTIN_AVFC_: Absolutely game changing this will be! A phenomenal upgrade on what we have and a significant improvement on the current match day experience!!!

@ThatGarateyjc: Heritage, history, transport links & money back into the local community are all paramount over a ‘multi use stadium’ for me but at the same time revenue streams are king these days. Increasing capacity might mean some have a chance of getting a GA ticket which im all for. #AVFC

@jbrownz11: This is a lot better than I first thought

@TrickyLMC: This is fantastic and exactly what Forest should be looking to do in the future say behind the BC stand or having some fan area in the base of the apartments. Come on @Rushcliffe get this planning signed off please we are badly needing this new stand #nffc

@Wrighti1: It’s all very exciting isn’t it, NSWE not messing about. The intent is there, on & off the pitch #excitingtimes #avfc

@_kjs1874: Tbh, it looks superb and it seems to be keeping its square shape rather than becoming another bowl so I’m okay with that. There aren’t actually many pictures though of what it will look like so definitely need to release more. Really glad to see plenty of talk about travel

@StevenKelson: Great stuff the North Stand has always been an embarrassment. Nice to see Villa thinking about the future not just the here and now. Up the Villa Live! 👍🏽

@lukefrxst: There’s a real chance to create something amazing here, I trust those involved to implement it. Really exciting times ahead

@jazzpaul1982: Sick of saying it but we’re absolutely fucking #Massive